U.S. Ski Teamer Wiley Maple is no stranger to the scalpel. He’s had to cope with no fewer than 13 surgeries since first making the national team in 2008. Over the past summer, Maple underwent back surgery to repair a herniated disk he had been managing all winter long.

“During the season I was getting injections to deal with it,” Maple explained. “But it was only taking care of the pain for a few weeks at a time.” Once the season ended, Maple made the decision to have surgery in order to repair the disk. 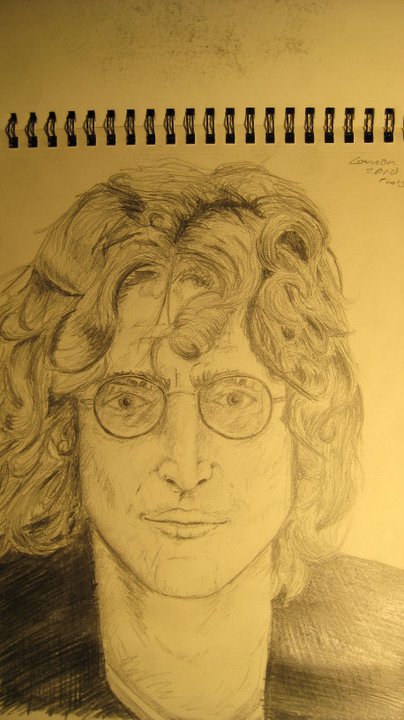 In the 2014-15 competition season, Maple came back from a severe knee injury to score World Cup downhill points twice, including a 17th-place finish in Saalbach, Austria, as a non-named invitee to the national team.

How has Maple handled coming back from over a dozen surgeries? He paints.

“I’ve always carried a sketchbook with me,” he said. “My mom’s an architect so I guess I get it from her. The hardest part is always getting started.”

Maple’s most recent masterpiece, an acrylic painting of former U.S. Ski Team member and Aspen, Colo., resident Andy Mill, was painted over the course of five weeks of physical therapy.

Maple has painted several other pieces in the past, and has done all of the artwork found on his race helmets for years. He’s also not the only elite-level athlete to use the canvas to cope with injury. 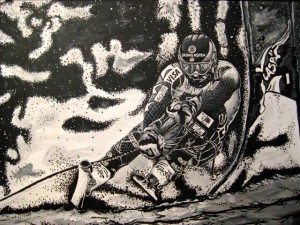 “I don’t know that I would say that painting is going to help me as an athlete,” Phinney said in an interview with his sponsor, Lululemon. “I think I’m really happy I found painting just as a human, because there’s so much more to life than your sport.”

Phinney managed to come back from the injury, a compound fracture of his left tibia and fibula and ruptured patella tendon which nearly cost him his leg, and led his BMC Racing team to a team time trial gold medal at last month’s UCI Road World Championships.

Maple hopes for similar success this season and will make his return to snow in the fall at the U.S. Ski Team’s Speed Center in Copper, Colo., where he aims for a seamless transition from the studio to the slopes.

Maple explained that he does have a spot in the season opening downhill in Lake Louise, Canada, but keeping that spot in future races is a matter of performance, as he has no guaranteed World Cup starting rights from the NorAm circuit last season.

What are Maple’s goals for this season? He wants to keep it pretty simple: “Stay healthy and ski as fast as I can.”