PARK CITY, Utah – U.S. Freeskiing and the entire U.S. Ski and Snowboard Association family joined the Park City community in mourning the passing of Sam Jackenthal, a wonderful young man and a remarkable athlete. The 16-year-old freeskiing champion passed away this week from injuries suffered in a training accident in Australia several weeks ago, with his family at his side. 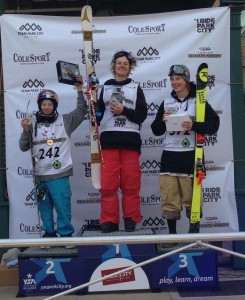 A Park City native, Jackenthal grew up on the mountain and was passionate about freeskiing. Last winter, while skiing for Team Park City United, he won the combined title (slopestyle, halfpipe, big air) at the USSA Junior Nationals. His coach Chris ‘Hatch’ Haslock remembered him as “a treasured member of the Team Park City United Family and one who always brought the highest level of competition, character, humor and camaraderie with him to the hill.”

“As our community and his family have kept vigil these past few weeks, we’ve all learned so much about Sam as a remarkable person who brought joy to those around him and an athlete who was achieving his dream,” said USSA President and CEO Tiger Shaw. “Our hearts go out to the Jackenthals, as well as their extended family with Team Park City United.”

Plans have not yet been established for any memorial services.