US men's alpine to regroup in Colorado 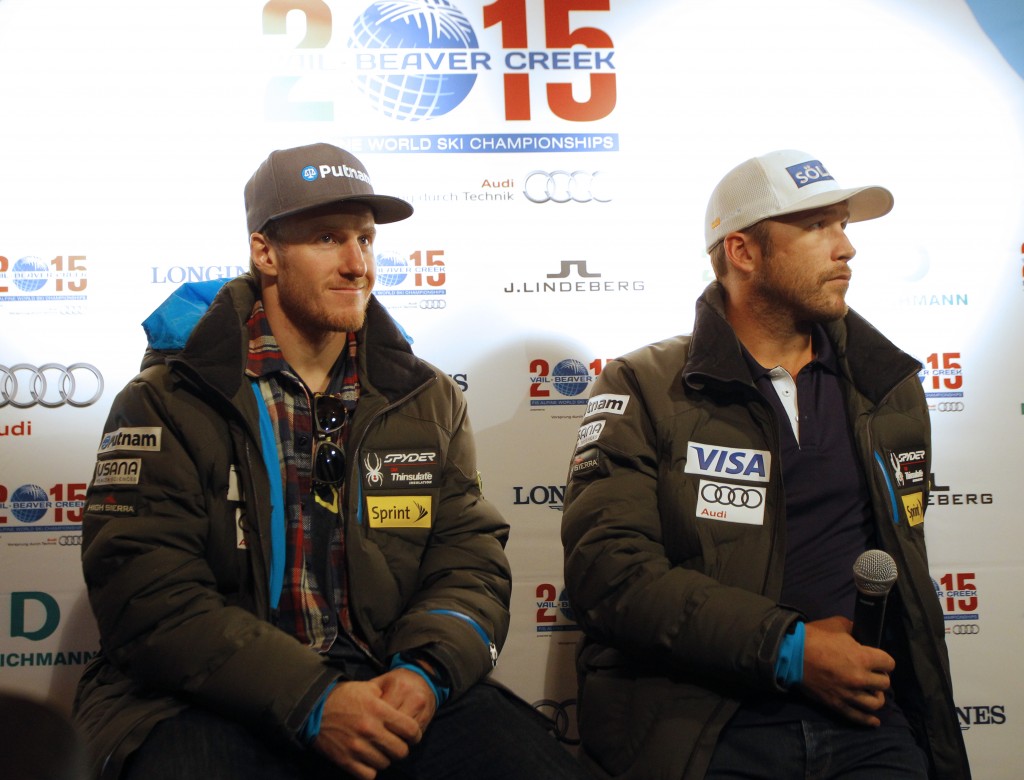 Ligety and Miller look forward to competing on home soil at the 2015 World Championships. GEPA

Elation best described the mood of the U.S. Ski Team on Saturday in Soelden as all three American starters finished in the points, highlighted by Mikaela Shiffrin securing her career-first World Cup victory in giant slalom in a tie with Austria’s Anna Fenninger. Julia Mancuso battled hard from bib 47 to finish 17th, a result that moved her into 31st position on the World Cup start list and now guarantees her a start inside the top 30 at Aspen due to retirements ahead of her in ranking. Independent skier Megan McJames rounded out the trio by picking up five World Cup points with her finish in 26th.

But Sunday’s second run for the men deflated hopes for dual American victories in the Soelden opener as Ted Ligety likely contacted a rock on course, losing control of his outside ski at the bottom of the pitch and dropping precious speed heading into the flats, the section of the course that dictated success, to finish a surprising 10th.

“Soelden, first race, it’s always an interesting one to see where you are. Today it was clear that we’ve got speed, and that we have to clean up some things. Ted had two good runs, unfortunately it was a big bobble at the bottom. It sounds like he hit a pretty big rock and knocked off some edge, so once you do that you can’t get speed on the ski, and that’s critical for Ted’s style of skiing,” said head men’s coach Sasha Rearick. “Another thing is, I was stoked to see (Tim) Jitloff ski with intensity on the second run. The first run he just skied down the hill, definitely nervous. Second run he brought the intensity, but he made a fundamental error. We’ve got to make sure we stick to our game plan.”

Jitloff still managed to salvage a finish in 26th despite the critical error, and his coach found the bright side in his determination and attacking style prior to the mistake. Now the team will regroup as a whole during training in Colorado where Bode Miller, who sat out the season opener in favor of resting his back, will conservatively approach the start of his competitive season.

“Bode’s been working hard and getting his back treatment. The back treatment is going well and he has made the decision to let the treatment take its place. He needs one more week so he can be full  gas for Copper training and we can really get going and get ready for November/December and the rest of the tour,” noted Rearick. “There’s a lot of races coming up, and Soelden’s a demanding hill; it’s challenging. For now it makes sense to let the treatment do its thing.”

Although snow levels in Colorado have been low and temperatures too warm for snowmaking, colder weather this week will hopefully enable national teams to complete Lake Louise and Beaver Creek preparation there as planned.

“We’re looking forward to going to Copper to refine our stuff and find that next gear and be on the top here soon,” Rearick concluded.

SR Staff
Hirscher runs Marker plate and binding in Soelden
By SR Staff
The Atomic skier utilized a plate and binding combination much to the dismay of Carlo Janka.
Hirscher wins Soelden opener on Austria Day
By C.J. Feehan
CrossFit gives Hirscher the edge in giant slalom; Dopfer and Pinturault round out the podium.

12 hours ago / SR Staff
The Italian had been training in Kirchberg, Austria in preparation for Friday's super-G in neighboring Kitzbuehel.