WEST DOVER, Vt. – The Board of Trustees announced the appointment of Todd Ormiston as Mount Snow Academy‘s next head of school. Todd will take over for Lynne Sullivan, who founded the academy 35 years ago and who has tirelessly developed a remarkable school while impacting the lives of hundreds of MSA graduates.

As a school administrator, teacher, coach and former ski racer, Ormiston’s appointment represents an important new phase in the development of Mount Snow Academy. Throughout his career, Ormiston has applied strong leadership and innovation to winter sports programs to increase the quality of student-athlete programming and build a pipeline for aspiring student-athletes. 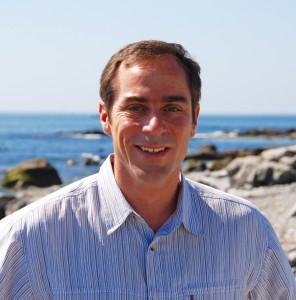 In each of his school settings, Ormiston’s commitment to emphasize the synergy created between high caliber athletics, character development and academic excellence has led to significant gains in program clarity and effectiveness.

“We were seeking a visionary leader who understands both snows ports and education. Todd has proven experience and success in both. Mt. Snow Academy is poised for growth and driven to offer its students the best winter academy experience in the East,” said Head Search Committee Chair Elliot Cooperstone. “We are confident that Todd’s leadership will lead to a new and innovative Mount Snow Academy.”

Having been a key contributor to the development of program and the cultivation of talent at Stratton Mountain School, Gould Academy and Sun Valley Ski Academy, Ormiston’s appointment as head of school comes at an ideal time for Mount Snow Academy. Future development of the program includes facility upgrades, athletic and academic program development and a goal to expand the student population in the coming years.

“I am humbled and excited to lead the next phase of Mount Snow Academy’s future,” said Ormiston. “With a strong mission, fresh vision, committed partners and motivated student athletes, Mount Snow Academy is poised to become a leader in the arena of winter programs.”

8 hours ago / Mackenzie Moran
The Slovakian team is unsure if she will participate in the tech races this upcoming weekend in Italy.

2 days ago / Mackenzie Moran
After over two hours of start delays the race in Japan was finally canceled due to strong winds.