In the pursuit of sport-specific conditioning, some ski racers are lucky enough to have individualized training programs and access to fancy gyms.

But a fancy gym isn’t a must for muscles. In fact, some of the greatest fitness moments have been DIY routines that have triumphed over the high-tech alternatives. (Cue scenes of boxing in a meat locker, kids waxing cars, bikers being chased by vicious dogs, etc.) Here are but a few examples of how great ski champions have MacGyvered their environments to create unconventional, yet highly effective, fitness routines.

Many skiers turn tall peaks into outdoor gyms, hiking or running up trails before “deer-bounding” down them, leaping from rock to rock in creek beds, all the while building balance, quickness and coordination as well as core, leg and ankle strength. Doug Lewis is perhaps the master of turning rocks, logs and other free natural material into gym equipment and circuit props for his ELITEAM camps.

Unconventional immediately brings Bode Miller to mind. He plays soccer, golf and tennis in the off-season — but also plays with just about any equipment he can get his hands on. That includes the “roller push,” during which he pushes a heavy tennis court roller down the road as fast as possible for a given distance. “You have a great power position,” he explains, “and it works ski muscles very well.” At one point, while dating champion log roller Lizzie Hoeschler, Miller took up that sport, too, incorporating strength, balance, coordination, concentration and fun. 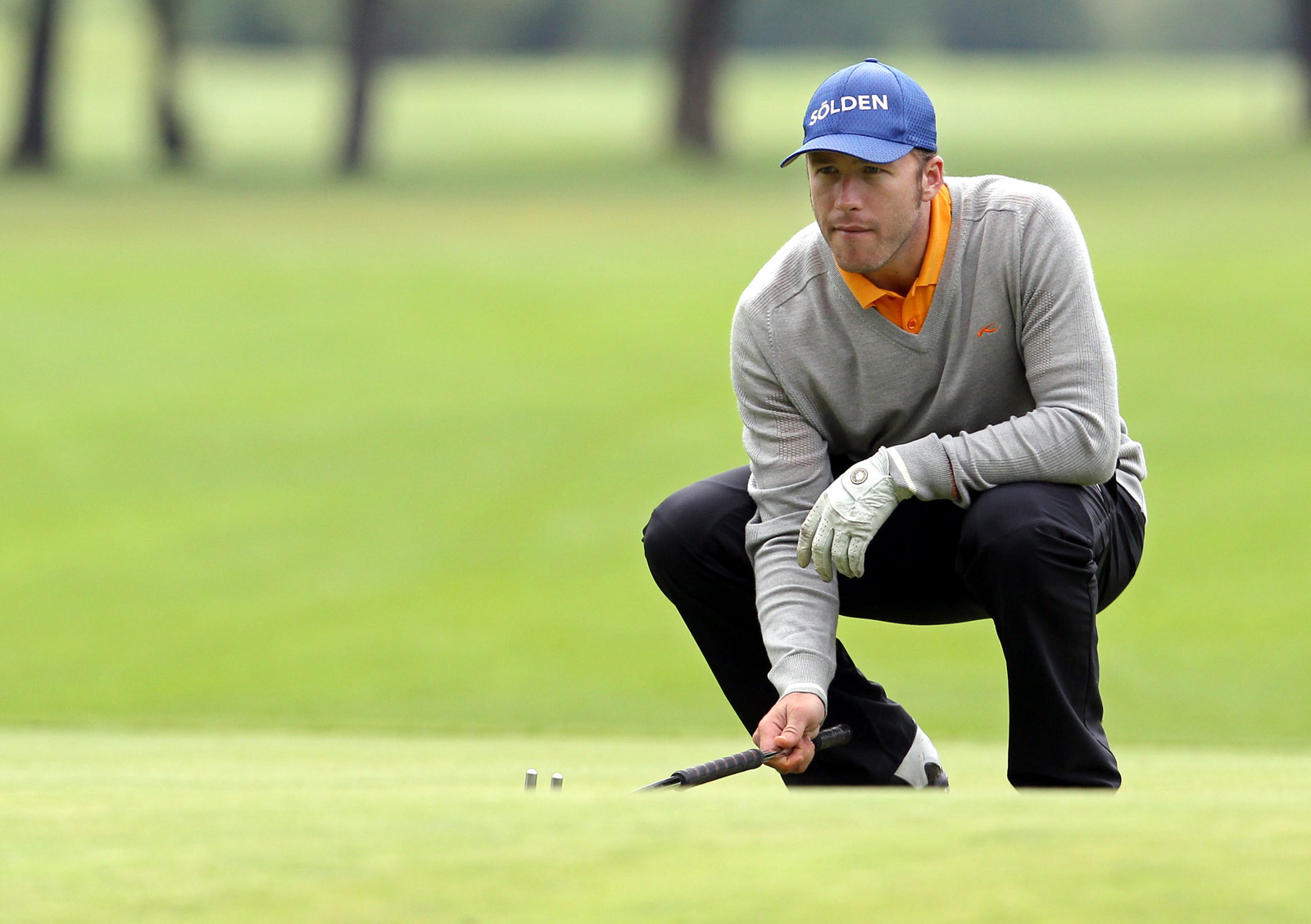 Time for some squats: Bode Miller gets into the swing of another sport. GEPA

Lake Tahoe’s Daron Rahlves is known for creating a routine so punishing he only did it three times per year, just before the season started. “I liked to run on Donner Summit with a weight vest,” he recalls. “The granite rocks allowed me to run up super-steep faces and get gnarly grip so every stride and jump from rock to rock tore my legs apart. It hurt like mad and I always finished up puking.” Rahlves adds that he did this as much for mental as physical strength. “I knew that no race,” he says, “could hurt me like that.”

NBC once shot Olympic previews of Ivica Kostelic and sister Janica nimbly bounding around the rocky shores of Croatia, making it clear where they got their slalom feet. More recently, Ivica has showed off his balance by jumping wobbly-log ropes and high bars. “It’s simple, like rock’n’roll — just three, four chords,” he says, paraphrasing the advice he received from his father and coach. “But some know how to play them and some don’t.” (Ivica knows how.)

Going Postal, Laying Bricks and Playing Fiddler on the Roof

Some routines are based out of necessity, as when Pernilla Wiberg rehabbed from a knee injury by delivering mail by bike in her native Sweden. She built massive leg strength, and presumably learned how to fend off angry dogs. Hermann Maier, meanwhile, popularized bricklaying among aspiring ski racers everywhere. (OK, maybe not, but it’s possible a parent or two got some free masonry work out of it.) Another Hermann — Hermann Goellner — devised famously simple, effective and accessible training methods (a backpack full of rocks works just as well on a mountain as in the staircase of an office building). His latest invention, the “fiddler on the roof” plyo box, however, is more sports specific.

When it comes to sports-specific training innovations, gold medal-winning, mute-grabbing, dinner-rolling freestyle skier Jonny Moseley may take the cake. A weekend warrior at heart (his home in Tiburon, Calif., was a four-hour drive from his home ski hill of Squaw Valley), and a “wannabe inventor,” Moseley was predisposed to explore ways to simulate time on snow. He also had some persistent body position flaws he needed to overcome with repetition. He knew this would require something more than the existing dryland training routines that were slanted more towards the needs of alpine skiers than freestyle skiers. So while training at Mount Hood before the Nagano 1998 Games, he and coach Cooper Schell created “The Machine,” a punishingly precise and precarious Skier’s Edge-like device that demanded lateral power and perfect body position. (Lean in even a bit and you go down.) Moseley credits garage sessions with Schell and the Machine to the breakthrough that led to Olympic gold.

Before the next Olympics, when Moseley’s biggest deficit was quickness, he came across pictures of Russians jumping though the forest down a man-made mogul field. The picture — which he came across by fortuitous accident — was snatched from his hands, but not before Moseley had the inspiration to create “The Holes,” with a pick and shovel and lots of sweat. Recalls Moseley of building the course on Ring Mountain near his suburban home, “It was very Rocky Balboa.”