When Mikaela Shiffrin tips out of the start gate at Soelden, Austria, this Saturday, Oct. 24, she’ll have something new — and it’s not her skis.

“Our analysis of World Cup GS last season showed that Mikaela was extremely competitive in sections that didn’t have blind terrain,” says Dyksterhouse, “so our focus was to create an environment that allowed her to become comfortable moving through blind terrain as well.”

What else can we expect from the women of the U.S. Ski Team, at this weekend’s World Cup and beyond? Read on.

A Mended Meniscus, Momentum and More

Shiffrin’s tech teammate Resi Stiegler is on the mend, coming off of a tremendous year racing as a U.S. Ski Team invitee that ended after the World Championships, where she raced on a torn ACL and meniscus in her right knee. By grabbing five top-30 World Cup finishes, Stiegler made it clear that she deserved a spot back on the team, and she’s now pouring her focus into recovery with coach Bernd Brunner and teammates Ryan Cochran-Siegle, Tommy Biesemeyer and Erik Arvidsson.

Last season’s World Junior champion in slalom Paula Moltzan is looking to put two solid runs together on the World Cup this year. She capped off 2014-15 with two second-place finishes at the U.S. Alpine Championships in Sugarloaf and will be looking to carry that momentum into this competition year.

Independent success Megan McJames is also hoping to find that deep line in what may be her last season on the World Cup. “As an independent athlete, you never know if there will be a next season, so my goal is to enjoy the journey and take full advantage of every race opportunity,” she says. “This summer I was really focused on committing to a deep line.” McJames has proven she can perform, posting a top-30 GS result at Sochi, but this year is more about her pushing the limits. “Like my dad always says,” she says, “ski like your hair is on fire.” 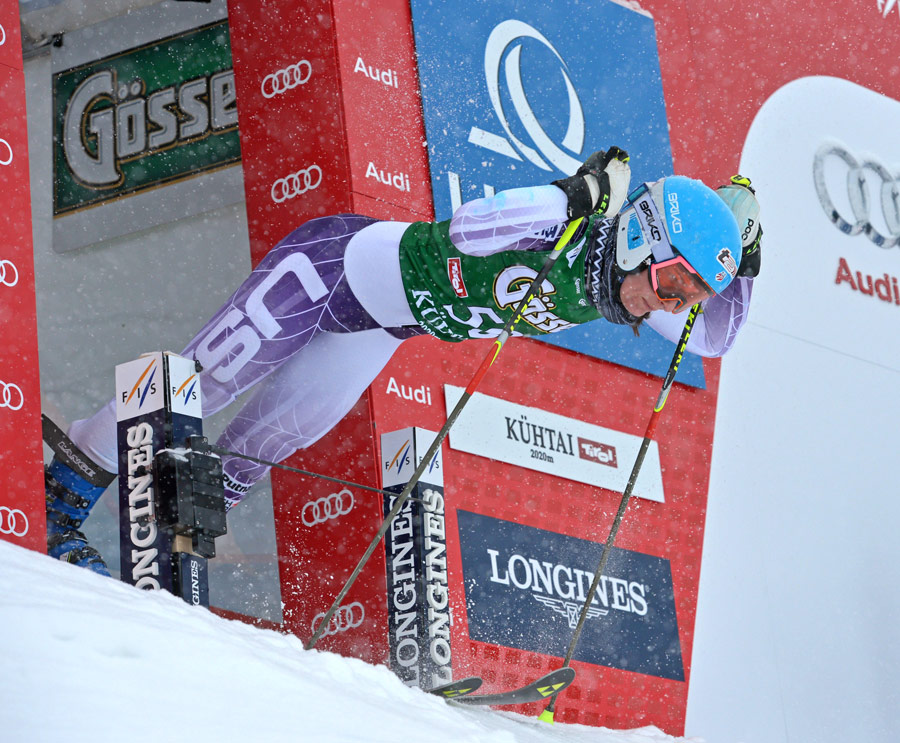 Several women will be striving for consistency on the World Cup speed circuit. Despite logging four top-10 downhill finishes last season — including two fourth-place results — Laurenne Ross seeks greater continuity in 2016. “I’d like to be more consistent in my finishing, so I would like to finish all of my races this year,” she says, “even if that means going out of the course and skiing back in.” Ross is planning to finish all her races by “keeping my body facing down the hill,” she says. “Staying strong in my core and keeping length in my skis to absorb bumps.” 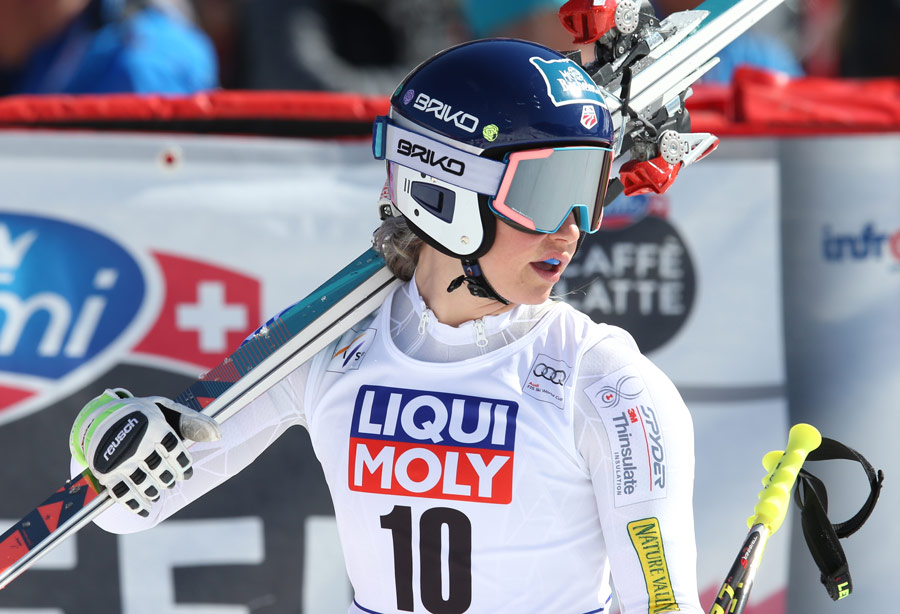 Jacqueline Wiles is also chasing consistency, coming off of her 2013 and 2014 downhill titles from the Nature Valley U.S. Alpine Championship at Copper Mountain and a top 30-result at Sochi. “My goal is to be a top threat consistently on the World Cup tour for downhill,” says Wiles. “I think as long as I dial in my tactics and stay confident in my abilities, I’ll be able to reach my goals.” No longer a World Cup rookie, Wiles is feeling more confident in her line as well. “This is an important season for me to finally dig my nose in and start to feel like I belong,” she says. 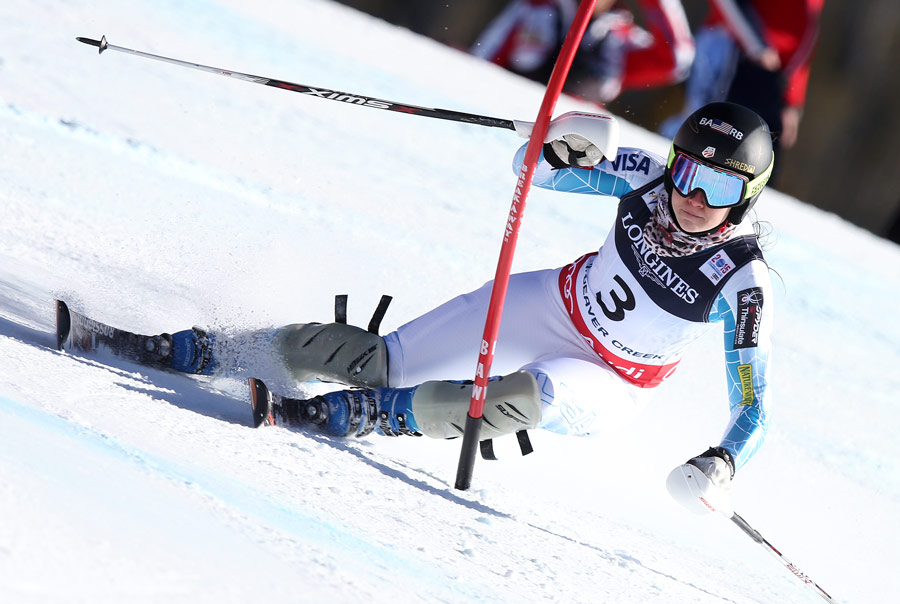 While Stacey Cook turned heads last season by contributing to the first-ever U.S. podium sweep in the downhill at Lake Louise, the pursuit of consistent performances is still her priority. “The last few seasons I’ve had some really big highs and some big inconsistencies,” says Cook, “so I just want to kind of smooth it all out.” She made the switch to Stoeckli skis in June, and is optimistic that her new gear will help her this season. “I’ve never changed equipment before, but I’m really psyched with my decision,” says Cook. “Everyone at Stöckli has been so great to me that it’s just motivated me to work even harder.”

After a solid comeback season in 2014-15, Alice McKennis is hoping her race tactics will help on a variety of courses and terrain. “I have been working on taking a more direct and deep line,” she says. “It also allows me to pressure the ski earlier above the gate instead of below it.” In 2013, McKennis took home her first World Cup victory at St. Anton, Austria, only to suffer a leg injury two months later. But her injuries are far behind her, and now she’s dedicated this season to “work toward gaining full confidence in skiing that deeper line.” 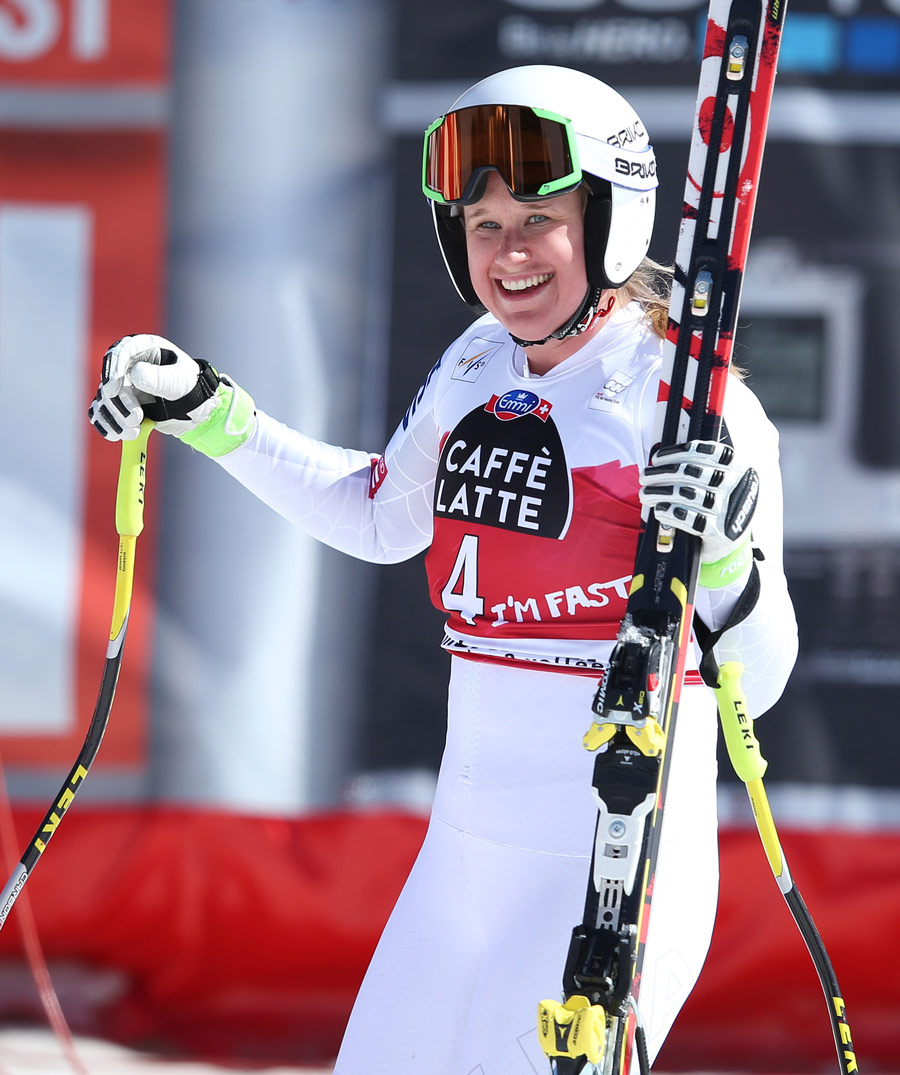 Lindsey Vonn has been fighting to recover from an ankle injury that she sustained while training in New Zealand, making her start in Soelden highly unlikely.

Struggling with hip injuries last season, Julia Mancuso took time off from the World Cup to focus on her hip recovery and was able to train in Portillo this past summer. She will not be starting in Soelden, however, and has transitioned to Stoeckli skis alongside teammate Stacey Cook.

“Our primary objectives are to consistently target World Cup podium performances in all disciplines with the end goal of winning the discipline titles and of course the overall World Cup globe,” says Women’s Head Coach Paul Kristofic. “We have athletes who have shown tremendous performance at the World Cup level over the past years, and are able to consistently win. Consistency and repeatable performance are critical objectives when targeting the overall titles in World Cup.”

Federica Brignone has made history. Now what?

With Congress pushed back, Gian Franco Kasper will stick around for another year